The Library subscribes over 1,000 print journals; both their current and back issues are prefixed with [SER] and available on the 2/F South of the Library 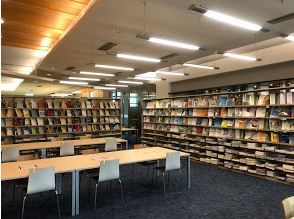 Journals can be accessed through the following channels:

They are located at the Popular Magazine Corner on 2/F South of the Library. They are for in-house use only.

The Library subscribes to over 20 local and overseas newspapers in print format. Current issues are kept in the Mini-theatre (2/F).

Back issues are shelved in the Back Issue Newspaper Room on 1/F North (MB101/12). Back issues of overseas newspapers are retained for 3 months and local newspapers for 1 month.

The following newspapers are also available in microfilms, which can be found in the MLLC (2/F).

Microfilm and microfiche readers are located at the MLLC: